Profile on Storyfinds.
Posted by Unknown
Email ThisBlogThis!Share to TwitterShare to FacebookShare to Pinterest

The Virtual Bookcase
Posted by Unknown
Email ThisBlogThis!Share to TwitterShare to FacebookShare to Pinterest 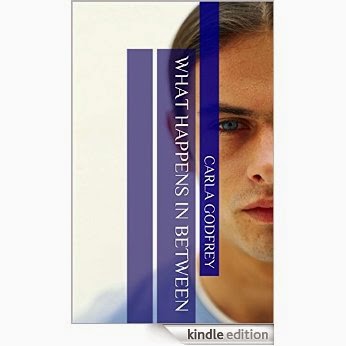 
Posted by Unknown
Email ThisBlogThis!Share to TwitterShare to FacebookShare to Pinterest

the Novella: Into the woods...ORDER NOW! 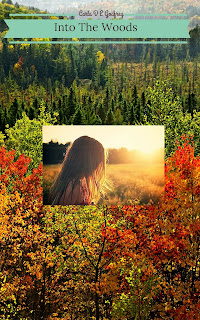 She felt unwell…Was it supposed to feel like this? Surely not! She was feeling giddy and had a sudden urge to throw up. She could faintly hear her cousin's voice beside her, apologizing and crying, she vaguely heard the word "ambulance" and struggled to sit up. Although giddy, she didn't feel particularly ill, just numb. She slowly lifted her head as she felt her baby…Her poor, poor baby pull away, she glanced up at her cousin; there it was, the deciding vote, the final straw…She'd never forgive her.


♠Chapter One♠
Six years later…
Karen sighed as she stood at the edge of the woodlands and glanced impatiently at her watch, where the hell was he? With her no doubt! She looked up at the sun that shone through the trees as she felt a pang of jealousy twist her gut, why was it always her so called perfect cousin who always managed to get everything she wanted? Great job, perfect fiancé, grew up in a perfect rural house near Cambridge where she was to have her wedding reception and where she herself had been imprisoned…residing for the past couple of weeks… God it made her sick! When she thought about what she had been through, but oh no! That was an accident! So it didn't matter! She was expected to forgive and forget! He was a decent sort, that she had to admit but he was just a means to an end. Suddenly, she heard leaves rustle and smiled slightly as she turned.

'I didn't think you were coming.'
'Well…I did…As you see.'
'There's no need to take that tone!'
Dark haired with a bit of stubble and very handsome, Henry…Or Hal as he preferred to be called approached her slowly, he was, in her opinion, far too serious for his age. At only twenty-four, under his father's guidance and tutelage, he was well on his way to becoming a successful investor.
'Hal?'
He shook his head and returned to the present. 'I-I should  be getting back…'
'Don't be like that!' She approached him slowly and slowly undid her blouse, exposing her bra.
He melted and cursed himself, he was normally such a stoic person, his fiancée often said he was too serious! 'Come now Karen stop that! You know why I've come!'
'Yes I do!'
'I'm getting married to-morrow.'
'Yes I know!'
'Right…' He felt her undo his trouser zip and felt his will ebb away, slowly, unable to prevent himself, he slowly stroked her bare breast, his thumb slowly brushed her nipple. Slowly, he tilted his head and caught her neck with his lips. She gasped and pulled him closer, his hands ran down her body and he pressed his lips against her chest. Groaning, she wrapped her legs around his waist and allowed him to take full advantage of her.

'Cover yourself up.'
'In a minute.'
He sighed  and began to cover her breasts with her blouse, she grabbed his wrist.
'Kiss me one more time…And I'll let you go…'
He stared at her, unsure as to the exact meaning of her words, finally…He resigned himself, unable to resist and kissed her tenderly on the lips.
'Not there.'
He sighed and obediently succumbed to her desires.
˜
Marion bit her lip and wondered whether she had planned the dinner too early, she also dreaded the thought of seeing her cousin. She tried to justify herself that it was for the best, that she had been too young, but no matter how hard she tried, the image wouldn't go away. Still, she had to cheer up; she was getting married to-morrow for goodness sake!
'Hello daydreamer!'
She smiled as she turned to her fiancé. 'Oh hello darling! Didn't see you there!'
'Dreaming about to-morrow?'
'What else?'
He smiled and kissed her lightly. 'You know, I would have helped with the invitations if you had asked…'
'Oh I know! But it was all sorted, besides you had other stuff to do…'
'True but even so…'
She took a deep breath as he surveyed the seating plan.
'Darling?'
'Yes?'
'I think you've made a mistake.'
'Oh?'
'Yes… I can't seem to see where your cousin will sit…'
'Oh…That's because she won't…'
'What?'
'Sh-she won't be coming…'
'Why?'
'She sent me a text, changed her mind.'
'Strange…'
'Yes…I know, it's a shame.'
'But her cousin is getting married! She should be there!'
'Yes…It's complicated…I'm sorry.'
'Is that all I'm going to get?'
'Look, I'll tell you one day but, please if you love me, you'll just accept that sometimes these things happen in families.'
'Yes but…'
'PLEASE!!  Just leave it will you?'
He narrowed his eyes then nodded. 'Very well.'
˜
She looked at her watch impatiently, it was getting chilly and she wished that she had worn a thicker coat. Suddenly, she saw him approach her and grinned. 'You came then!'
'As you see…'
'Reluctantly.'
'Yes.'
'So be it!'
'Karen…What is this to you?'
'What?'
'This!'
'I should have thought it was obvious.'
'Well…It isn't!
'Don't you find that all the more exciting?'
'No! You seriously don't think I noticed?'
'Noticed what?'
'The…Animosity between you two?'
'I seriously do not have a clue as to what you are referring.'
'Right…So you're saying that I completely misread the situation?'
'Yes!'
He shook his head. 'You are an enigma!'
'Why thank you!'
'Wasn't a compliment.'
'Did you receive my RSVP by the way?'
'Yes. It said you were coming.'
'Right!'
'Why? Have you changed your mind? Marion said you sent her a text.'
'Did she now?'
'Yes, saying just that.'
'Would you rather that I did?'
'I can't deny that it would make things a great deal easier!'
'Yes…I bet it would…'
They just stared at each other in silence. Hal felt frustrated, he couldn't pull himself away, no matter how hard he tried, slowly, he approached her and pushed a hand through her hair and, at that exact moment, he forgot everything, he forgot he was getting married, he even forgot how he met his fiancée…All he do, all he wanted to do, was to lose himself in her world although he had no idea why.
'Tell me…'
'What?'
'Tell me…'
'I-I can't…Not yet.'
'You don't trust me?'
'No- it isn't that…I-I just want to be sure…'
'What would make you sure?'
'I don't know…'
'…Neither do I.'
She bit her lip and slowly undid his shirt, she then rested her head against his shoulder and pressed her lips against his neck.
He closed his eyes. 'Karen…'
'I know…'
'T-to-morrow…'
'Shhh…I know that too…'
Unable to resist any longer, he bent down and caught her lips with his own, his hand ran down her body until it found her breast, she deepened the kiss and pushed herself up against him.
'L-let me in.' He whispered. 'Please.'
'Not yet…Not yet…'
'You-you're so beautiful…' He dropped a kiss on her chest.
'Thank you.'
Suddenly, they were interrupted by his mobile, he sighed. 'I'm sorry.'
'No problem.'
'Marion.'
'I figured.'
'I-I should go.'
'Yeah!'
He turned to her. 'I could always…'
'No! I don't want you to!'
'Because of…'
'Not just that…It's complicated.'
'Fine!'
'See you later…'
'See you…'

As he walked back, Henry struggled to clear his head. Their affair had been carrying on for a while now, he didn't mean for it to, it had just happened. He hadn't met anyone remotely like her, she was outrageous and a flirt. He had met Marion at a dinner two and a half years ago, she had accompanied her father out of curiosity. She was sophisticated and had a head for business; that was the common ground, they had soon discovered that they made a good team but, there was something missing, something he couldn't explain. When Karen came on the scene, at their engagement party the previous year, something had happened it was as if a switch had been flicked, he felt himself come alive she had made no secret of her regard for him and one thing had led to another. Truth be told, he still wasn't sure whether he wanted to continue with the wedding, but she had insisted which had left him a bit disappointed, but, he knew that she loved the excitement.
'Hello darling!'
He forced a smile as he kissed his fiancée. 'Are you sure it's alright for us to see each other just before the wedding?'
'Oh don't be silly!' She kissed him. 'Superstitious nonsense.'
'Yes…'
'Are you happy?'
'Blissfully…You?'
'How can you ask such a thing?'
'So…To-morrow's the day!'
'To-morrow…'
'Any regrets?'
'None…You?'
She shook her head and kissed him softly. 'None.'
~
The woods were dark and uninviting. They were hostile, determined not to let any light in whatsoever, anyone who dared enter it would have to be prepared to be swallowed up. Hardly anyone would be brave enough to take that risk, anyone…Except the exceptional few.
The leaves crunched under his shoe as he made his way towards the dark, almost embracing the nervous feeling.
'What do you want?'
Suddenly, Karen turned round and held up the invitation, wordlessly, she ripped it up.
'You're definitely not coming?'
'I didn't say that.'
'True…but actions speak louder than words and all that…'
His eyes widened as he suddenly realised what she was saying. '…N-No! No don't even think it!'
'Think what?'
'Literally thousands have been spent on this!'
'Oh? That's a legitimate reason is it? Money!'
'Karen…Please!'
'You don't love her!'
'You don't know what I feel!'
'I know what you would feel if you knew…'
'There you go again! Knew what??'
'Wait!'
'For what?'
'It's my bargaining card, I'll play it at the right moment.'
'Oh? When is that exactly?'
'When you lose interest.'
'I'm getting married to-morrow!'
'Who says the two are mutually exclusive?'
'I have to get back.'
She looked around, the darkness encircled them, there was no escape. 'I've always loved the might.'
'What?' He stared at her, disconcerted. 'What the hell are you on about now?'
'I'm just saying I've always loved night time.' She approached him slowly. 'Anything can happen…'
He swallowed nervously. 'Just stay away from me.'
'As you wish…'
'I-I mean it!'
Karen approached him slowly, the night seemed to creep up behind him, trapping him and forcing him to succumb. She licked his upper lip softly. He groaned and kissed her back hungrily. His wedding was but six hours away but neither of them were aware of it…nor did they seem to care.