Future release - Trying to Connect You 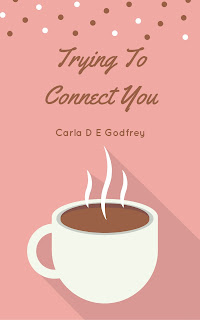 When  Sarah is sacked from her accountancy firm, despite being told she's not being sacked, merely being given the "golden opportunity" to explore new avenues - she doesn't think her life could get much worse - then her sister announces she's getting married. It's not that she's jealous she just wishes that she wasn't getting married to the brother of the one person ultimately responsible for her unemployment!
Now she finds herself appointed as Maid of Honour and forced to work along side the man who is currently - and very firmly - on her black list.